Scotland at the crossroads yet again

The recent election to the Scottish Parliament may reignite a debate that was seen as decided for a generation merely seven years ago: Should Scotland become an independent country? 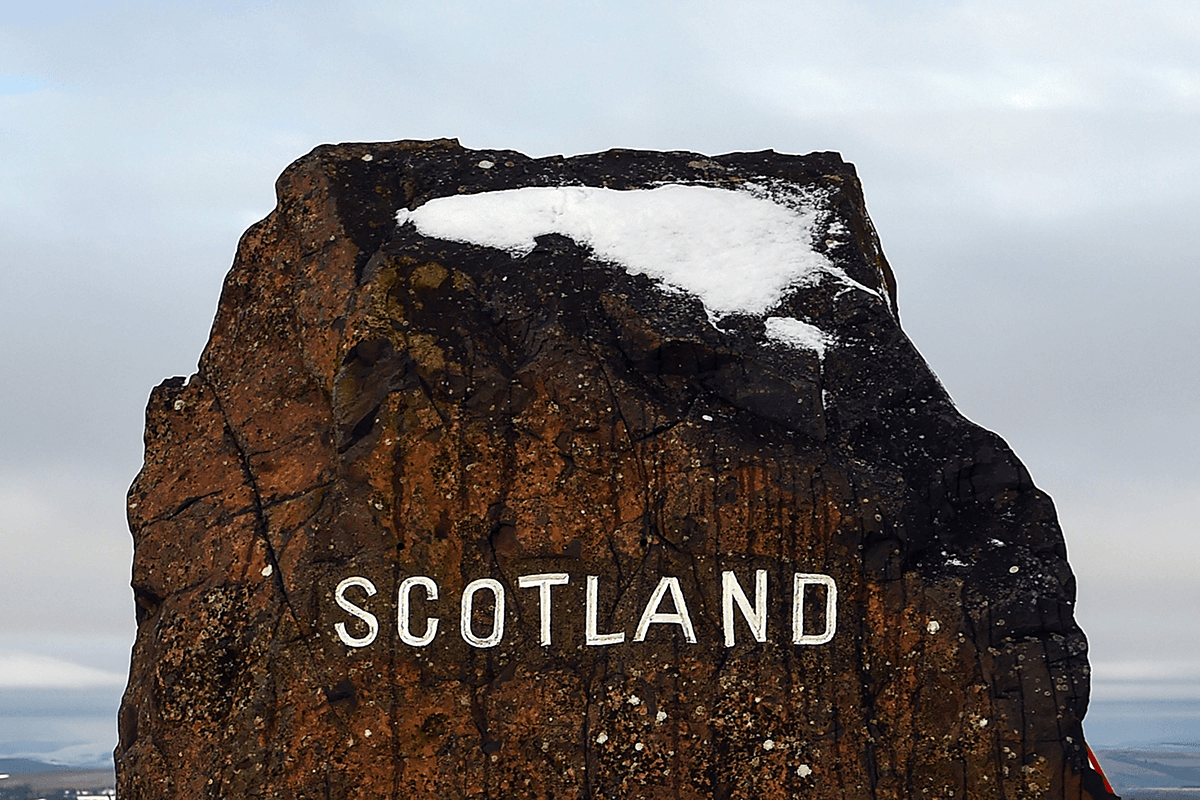 If Scotland secedes from the UK to become an independent state within the foreseeable future, it represents a terrible irony to the unionist politicians that supported the creation of a Scottish Parliament in the 1990s. Chief among these forces was the Labour Party, which promised devolution to Scotland and Wales as part of a broader democratic renewal. Elected on a landslide in 1997, the party delivered on its promise. The intention in the case of Scotland was to quell separatist forces by permitting Scottish autonomy to replace the rule from London which had become the object of scorn and mistrust. What Labour under Tony Blair offered, on the back of a lengthy conversation north of the border, was a new balance between ‘reserved’ powers held by the UK government and ‘devolved’ powers for which Scots themselves would be responsible. The new-found balance would, in the words of the then Shadow Secretary of State for Scotland, “kill nationalism stone dead”.

What irony then that barely two decades downstream, full independence is an issue that is centre stage in Edinburgh. Moreover, Scotland has already visited this crossroads once. In 2014, a referendum was held, on the back of a parliamentary majority derived from the SNP and in agreement with the UK government. The result, 55 per cent in favour of continued British union, was meant to resolve the issue for a generation. Yet here we are again, with the same party seeking re-election on the promise of returning the issue of independence to the people.

The struggle for independence

In order to understand why the struggle for independence has been allowed to continue, we need to appreciate not only the events of the last few years – dramatic as they may be – but also the structure of devolution. A separate Scottish Parliament offered a venue for doing politics differently than in Westminster, and it soon proved to be a venue for a Scottish political identity. Puritans in the SNP were opposed to the reform, seeing it as distraction from the real target of Scottish independence. It took time for them to take command of the scene. But in 2007, the SNP emerged from the election as the largest party, beating Labour, and, as a result, was granted power as a minority government. 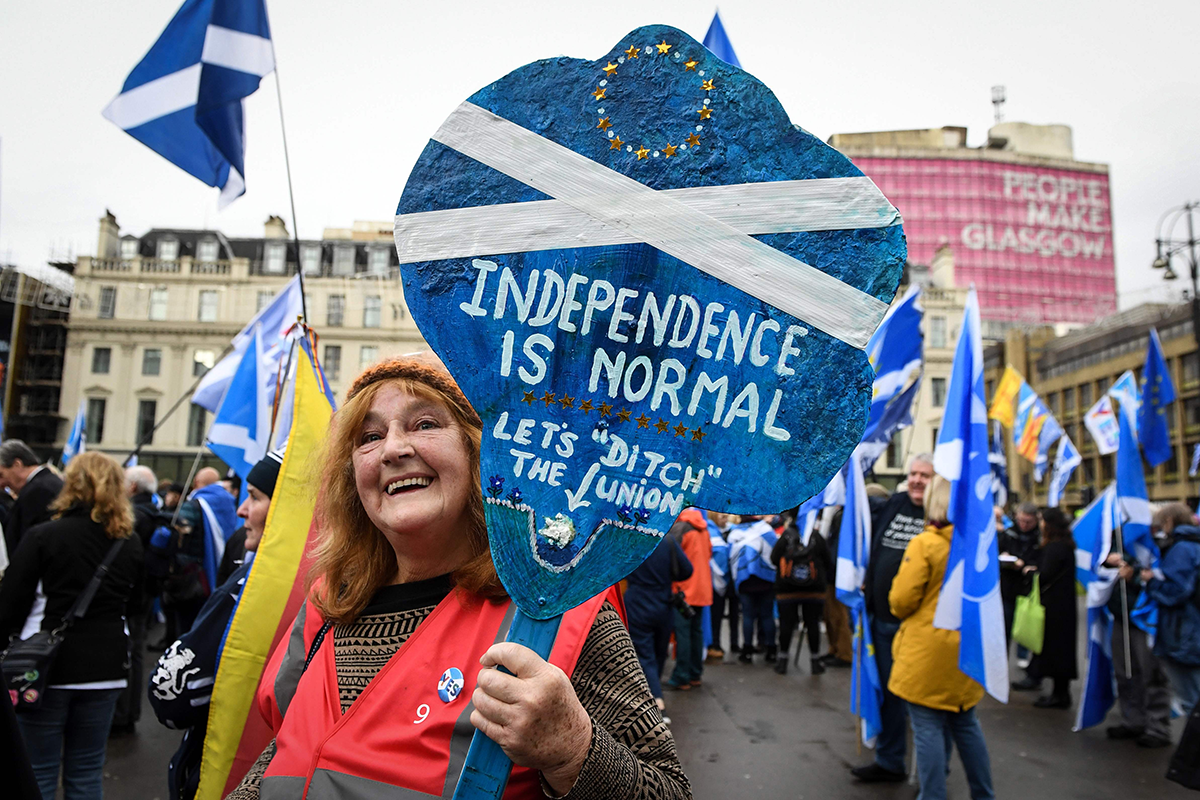 The referendum on Scottish independence in 2014 proved that ’nationalism’ or ’separatism’ cuts across age, class and other distinctions. However, it has yet to be proven that the ‘Yes’ movement can gain the support of a majority of Scots. [Photo: Andy Buchanan/AFP/NTB]

The 2007 government underscored the importance of independence vs. unionism as the dominant issue in Scottish politics, pitting the SNP against the ‘unionist’ parties. Four years later, the government was returned with majority power in Parliament drawing on 45 per cent support among Scottish voters. Since then, all other parties have struggled to challenge the hegemonic role of the SNP and the prevalence of the overarching issue of independence.

When the question was put to a referendum in 2014, it demonstrated that a less vocal majority of Scots remained on the unionist side. However, the swing in favour of continued British union was only obtained towards the end of the electoral campaign, and underway the nationalist cause had penetrated new sections of voters. The extent of change was demonstrated when, at the following election to the UK Parliament, Labour was decimated and the SNP returned with what seemed to be the sole right to speak for Scotland.

Despite this show of strength, common knowledge was that independence as such was rejected for some time to come, in a similar way to how the referenda on EU membership in Norway (1972, 1994) have been treated. Two key developments have changed that perception.

The first and most obvious one is Brexit. When a slim majority of British voters supported leaving the European Union in 2016, results in Scotland went the opposite way. Scottish voters supported Remain by 60 per cent, and in the five years since, the argument from the SNP side has been that leaving the EU is a sufficiently fundamental change to allow a renewed debate on independence. To observers, however, Brexit appeared as a white elephant to nationalists in Scotland – that is, a gift that is precious, but yet impractical and unwanted. There were few signs that public opinion on independence was changing, and seeing a future independent Scotland navigate between the EU and Britain was hardly an enticing prospect.

This cautious outlook has changed, however, as a result of the second development, which is linked to the Covid-19 pandemic. The virus has dealt Britain as a whole a terrible blow; in number of deaths (more than 125,000 per April 2021 on official counts) as well as in social and economic consequences. In Scotland, the unforeseen drama has been an opportunity to chart a different path from that of England. Policies to counter the pandemic have in the main been devolved to Britain’s constituent nations. While the British government has spoken for England, Scotland, Wales and Northern Ireland have all followed separate trajectories. 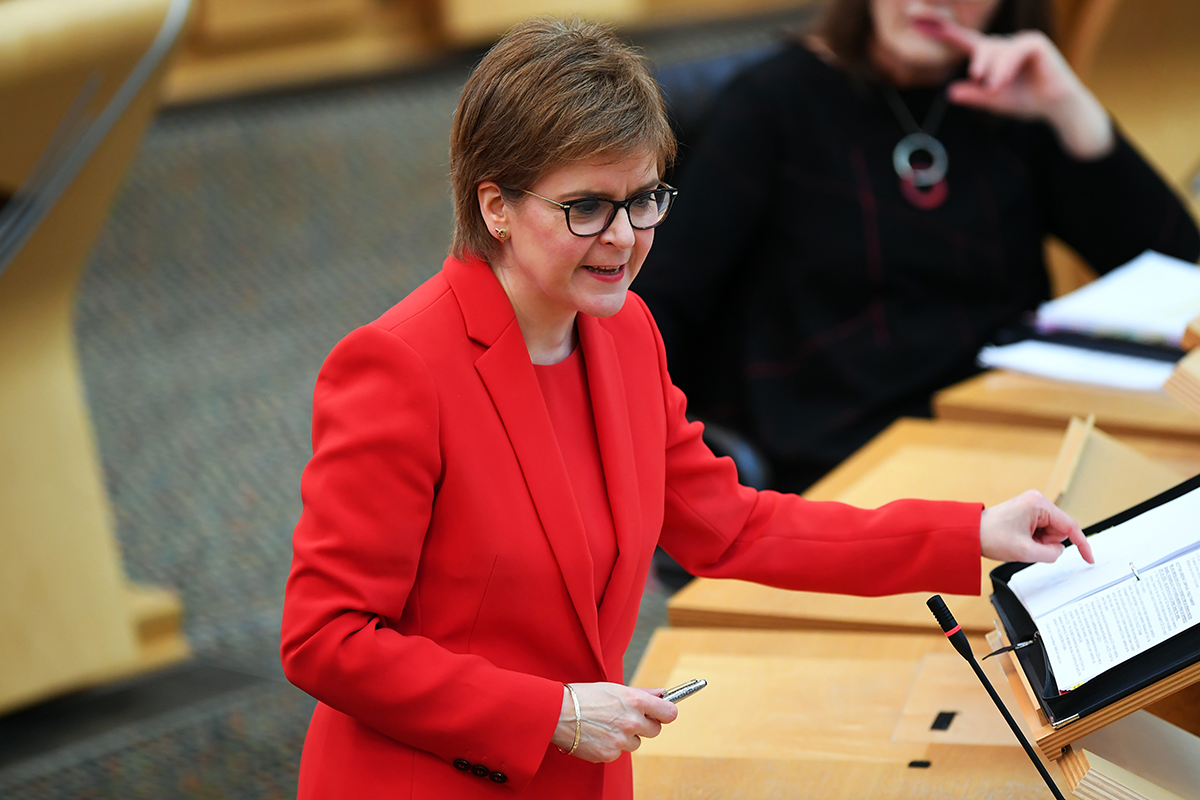 Nicola Sturgeon, First Minister of Scotland and leader of the SNP, provides a human face to the Scottish vision of independence. [Photo: Andy Buchanan/AFP/NTB]

In Edinburgh, this has proved a decisive opportunity for Nicola Sturgeon, First Minister of the Scottish government, to prove her worth. Public confidence in Sturgeon spiralled from early on in the pandemic and has remained sky-high, nurtured by a continuous dialogue with Scottish voters through press briefings and social media. The depth of the health crisis has been profound in Scotland; less than in England when counted per capita, but much worse than in Norway. Yet, Sturgeon and her government have prevailed with regard to trust. When the election comes on 6 May, it will be in the wake of a successful roll-out of vaccines – a consequence, admittedly of purchases engineered by the UK government in London, but nevertheless contributing to a sense of optimism that may benefit Sturgeon and the SNP as well.

It may be a sound piece of advice to keep focus on areas where the government can take pride. To run a nationalist government against unionist parties is in itself an odd form of political competition. Add to this the policy failures for which the government is responsible but which do not seem to cause much fall in support among voters. Schools and health, two essential areas for devolved politics, are also areas where little improvement has been shown in the course of 14 years of SNP rule. Whether it will really matter, remains to be seen on 6 May.

If the election returns an SNP government with majority support, it is likely to press for a referendum on independence within the coming three years. For such a poll to take legal force, it must be granted by the UK government. Thereafter, there are all the practical and political challenges of a referendum campaign as well as all the immense hurdles to jump for an independent Scotland to be formed. But make no mistake. The debate on an independent Scotland never really went away. It seems very much to be here to stay.